Uniphos Envirotronic Inc. is launching the new year with its first new product announcement for a Methanol – 100 gas detector tube. The new tube, designed by our research and development team in the Uniphos Envirotronic Pvt. Ltd. factory in India, is now in stock in North America.

Methanol is the simplest alcohol. It is a highly volatile, colorless and flammable liquid with an odor similar to ethanol. However, unlike ethanol (drinking alcohol), methanol or methyl alcohol is toxic and will cause poisoning of the central nervous system possibly causing blindness, coma or death. Methanol has a TLV-TWA of 200 ppm.

Methanol is predominantly produced from natural gas by reforming the gas with steam and then converting and distilling the resulting synthesized gas mixture to create pure methanol.

It is used as a feedstock to produce chemicals such as acetic acid and formaldehyde, which in turn are used in products like adhesives, foams, plywood subfloors, solvents and windshield washer fluid.

Methanol can be used on its own as a vehicle fuel or blended directly into gasoline to produce a high-octane, efficient fuel with lower emissions than conventional gasoline.

It is also used to produce methyl tertiary butyl ether (MTBE), a gasoline component that improves air quality, and dimethyl ether (DME), a clean-burning fuel with similar properties to propane.

Approximately 45 per cent of the world’s methanol is used in energy-related applications. 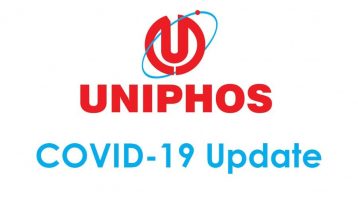 Update from Uniphos about COVID-19

As part of our commitment to keep customers informed during the unprecedented COVID-19 pandemic, Uniphos Envirotronic Inc. would like to share that our US operations are still open, and we continue to serve the … END_OF_DOCUMENT_TOKEN_TO_BE_REPLACED

This is an unprecedented time in the world, as the outbreak of Coronavirus Disease 2019 (COVID-19) threatens our communities, our families and our livelihoods. As we watch the situation unfold around the world, and … END_OF_DOCUMENT_TOKEN_TO_BE_REPLACED 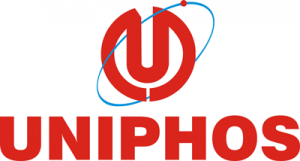 Message from Uniphos about COVID-19

This is an unprecedented time in the world, as the outbreak of Coronavirus Disease 2019 (COVID-19) threatens our communities, our families and our livelihoods. As we watch the situation unfold around the world, and closer to home here in the United States, our team at Uniphos Envirotronic Inc. wants to assure our valued customers that we’re here for you.

We are all going through this unparalleled crisis together, and we understand how this might be impacting business operations for our customers. Uniphos has restricted travel for all employees and implemented work from home policies in the United Stated and India for many of our employees. Based on directions of the local Government and to ensure the safety of our employees, we have also decided to suspend all production activities at our factory in Vapi, India until March 29. Unfortunately, this may cause disruptions in the coming weeks. While we still have adequate stocks of most of our detector tubes at our fulfilment centre in Houston, certain part numbers may not be available or may get consumed over the next few weeks.